Greensboro Opera presents Hansel and Gretel
Note: This Event is Over
X Close 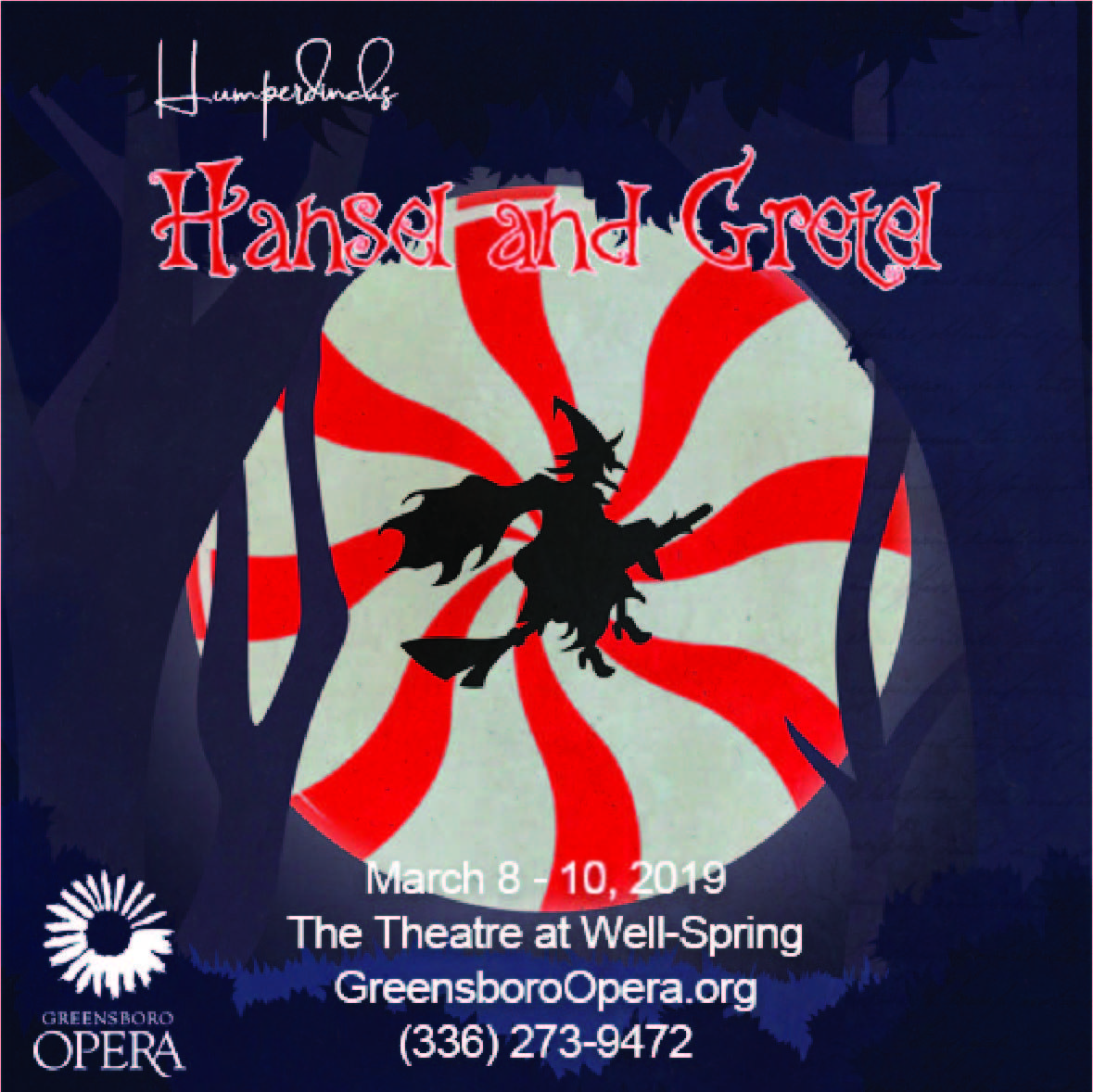 HANSEL and GRETEL is a family-friendly fairy tale opera for all ages!

Once upon a time,
deep in the dark, green forest
there was an exquisite house made of cake and sugar –
a house made to lure lost, hungry children

But the witch whose delicious house
lured Hansel and his sister, Gretel
had forgotten two things about children:
they can be very clever
and very brave

Join Greensboro Opera at the new $12-million “Theatre at Well-Spring” for uplifting, family-friendly performances of Hansel and Gretel, March 8-10, 2019. The performances of the familiar Grimm fairy tale are in English and about 90 minutes (with one intermission) - perfect for your entire family!